Should You Be Worried If Your Gums Bleed After Brushing?

Many people experience gum bleeding after brushing their teeth. While this can be alarming, it isn’t always causing concern. In fact, according to WebMD, in many cases, gum bleeding is perfectly normal and is nothing to worry about. However, there are some instances where gum bleeding can signify a more serious problem.

So, when is it not normal for your gums to bleed after brushing? Keep reading to find out.

When are bleeding gums considered normal?

Gum bleeding can be considered normal in a few circumstances. Here are some examples:

After you brush your teeth

The gums might bleed when the person has just started brushing their teeth with a new toothbrush or toothpaste. The bristles on the brush may irritate the gum tissue, causing it to bleed. This usually resolves itself within a few days as the person becomes accustomed to the new brush.

While you are pregnant

Another time when gum bleeding can be considered normal is when a person is pregnant. During pregnancy, the body goes through many changes, including hormonal changes. These changes can cause the gums to become more sensitive and prone to bleeding.

While you are on certain medications

Gum bleeding can also be considered normal if a person takes certain medications. For example, drugs that contain blood thinners may cause the gums to bleed more easily.

Overall, if you experience gum bleeding that falls into any of the categories above, there’s no need to worry. However, if your gum bleeding persists or is accompanied by other symptoms, it might be caused by underlying conditions.

When are bleeding gums considered a health concern?

Gum bleeding can be considered abnormal if it persists for more than a few days and is accompanied by other symptoms like pain, swelling, or redness in the gums. If it also moves to other areas of the mouth, like the tongue or inside of the cheeks, it may be a sign that something else might be going on. Some possible conditions are:

Gingivitis is the medical term for inflammation in the gums. Many things can cause gingivitis, including plaque buildup, poor oral hygiene, certain medications, and certain medical conditions. One of the common symptoms indicating gingivitis is gum bleeding.

In most cases, gingivitis is easily treatable and reversible. Good oral hygiene habits, such as brushing twice a day and flossing daily, can help to reduce plaque buildup and prevent gingivitis from developing. 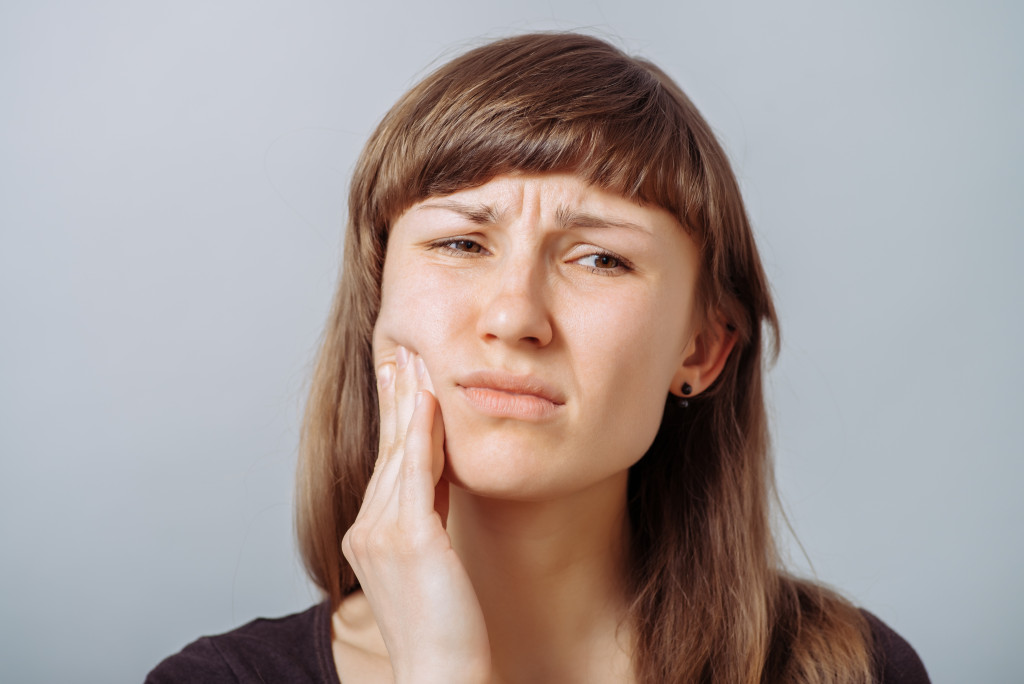 Gum disease is a more severe condition that can develop from gingivitis if it isn’t treated correctly. Gum disease occurs when the gum tissue becomes inflamed and pulls away from a person’s teeth. This results in pockets in the area where bacteria tend to grow and flourish. If left untreated, gum disease can destroy the bone around the teeth and lead to losing teeth.

There are two stages of gum disease: the early stage (gingivitis) and the advanced stage (periodontitis). Many people don’t realize they have gum disease because it often develops gradually and doesn’t cause any pain initially. However, there are some warning signs to look out for, including bleeding gums (especially after brushing), red or swollen gums, receding gums, loose teeth, bad breath, and changes in the fit of partial dentures.

What should you do?

If you notice any of the above-mentioned warning signs of oral disease, it’s essential to visit the dentist office right away so that treatment can be started as soon as possible. Early diagnosis and treatment are vital in preventing further damage to the gums and teeth.

And even if you’re not experiencing explicit symptoms yet, it’s still important to see the dentist regularly for checkups so any problems can be caught and treated early on. Most dental insurance plans cover two cleanings per year, so there’s no excuse not to go!

When you go for a dental checkup, the dentist will first look at your teeth and gums. They will also ask about any problems you’ve been having with your teeth or gums, such as bleeding, pain, or swelling. If the dentist finds that you have gum disease, they will recommend treatment options. Treatment for gum disease may include antibiotics, scaling and root planing (a deep cleaning procedure), and/or surgery. The dentist may also recommend teeth cleaning if you have plaque buildup or tartar on your teeth.

Gum bleeding after brushing your teeth is relatively common and usually isn’t a cause for concern. In most cases, it’s simply a sign of gingivitis, which is easily treatable with good oral hygiene habits and regular dental checkups. However, if left untreated, gingivitis can progress into periodontitis, which is a more serious form of gum disease that can lead to tooth loss. So if you notice any signs or symptoms of gum disease beyond occasional bleeding after brushing your teeth, be sure to see a dentist immediately for an evaluation.

Although we are a general health blog, our content is written in a way that’s meant to be accessible to everyone — from the dedicated health buff who wants to stay in-the-know to the overwhelmed person who’s busy schedule prevents better choices.